A majority of the environments I work on are HP, Cisco UCS, or Dell servers these days. Not in any particular order, but that just seems to be what I see the most of. I have been seeing a lot of activity related to an issue I have not personally run into but HP has released a tech bulletin on. That issue is related to HP's iLO 4 firmware. The issue seems to be the following;

HP's Tech Bulletin concerning this issue can be located here
HP's solution to this issue is to update to iLO 4 version 1.51 or later, 1.51 can be found here
Posted by Brad Maher at 5:12 PM 18 comments:

Big thanks to everyone for coming to the Focus booth at VTUG yesterday. Also a special thanks to those who sat in on my Troubleshooting tips for View breakout session.

Email ThisBlogThis!Share to TwitterShare to FacebookShare to Pinterest
Labels: VTUG 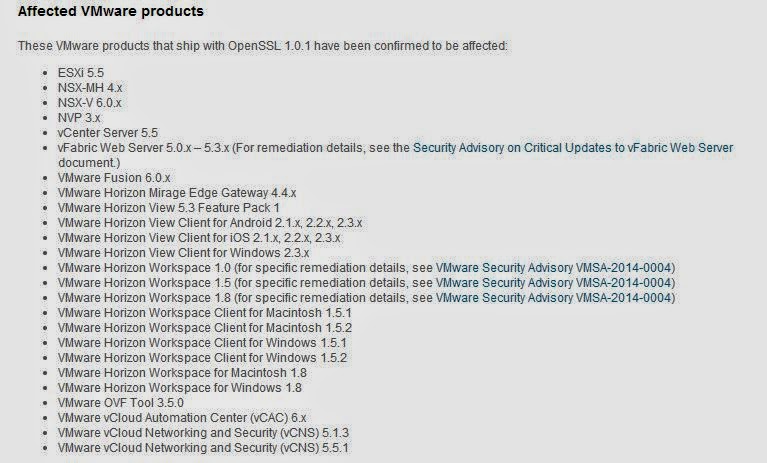 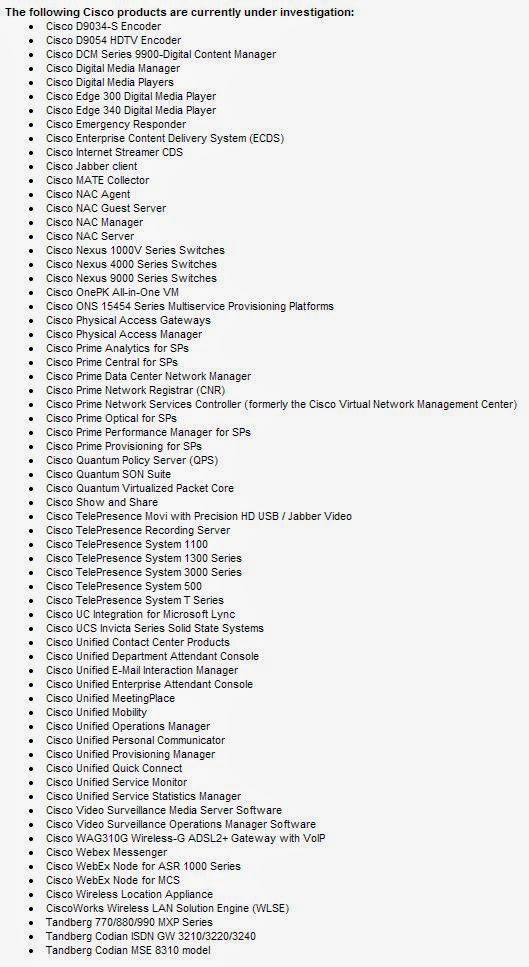 I recently had the experience of working with the NVIDIA Grid technologies within VMware View 5.3 using the, now production, vSGA technologies. vSGA is basically the ability to share GPU's and VRAM (I know everyone hates this term from the licensing debacle VMware had, but now VRAM means video RAM, forget about the old use of the term). It took a bit of research to figure out the basic steps to make the Grid cards useful within the ESXi host. 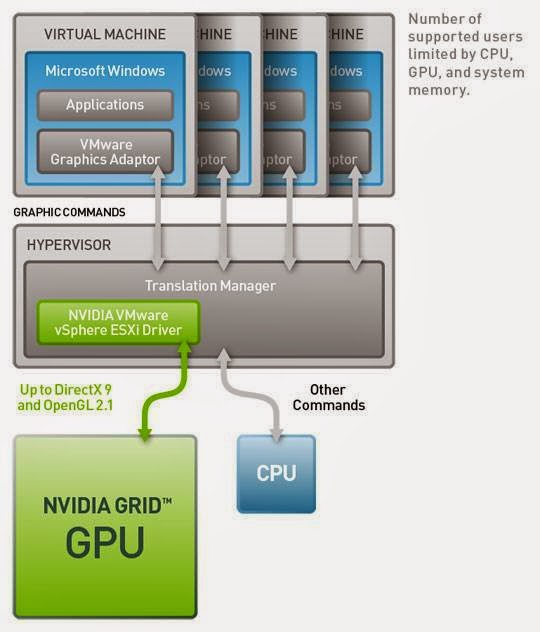 Surprisingly enabling the 3D graphics support was really easy. There's an option on the VM to enable 3D graphics support, then you need to enable it on the View Desktop pool that you want to use it with. Before any of this gets done we have to prep the ESXi host to be able to use the adapter. You can take a read through the deployment guide to get all the details but I'll give you the quick and dirty version;

First we need to build our host and get the driver loaded, the driver can be downloaded from NVIDIA 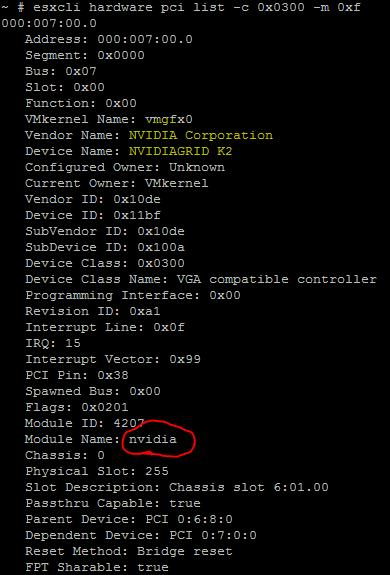 This process has to be done for each host and basically at this point you can deploy your parent VM (be sure to take your snapshot and that the View agent is loaded). Enable the 3D graphics on the virtual video card of the VM and enable the 3D graphics on you desktop pool. After all that is done you can check to see if utilization goes up and down on the GPU's in the card. You should see the volatile GPU-Util % should fluctuate as GPU is needed. 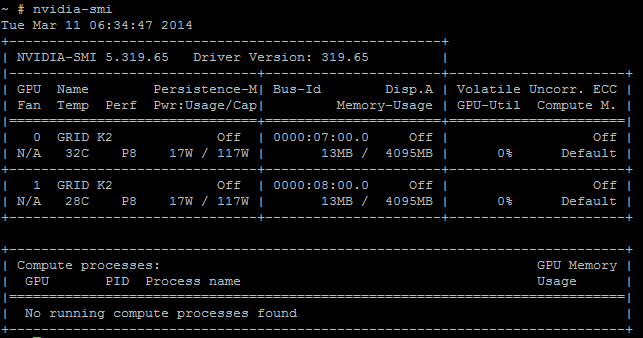 I've found this makes a significant improvement on graphics performance for a view session.

Hope this is helpful